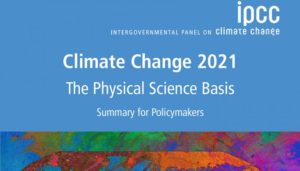 The last IPCC report on the science of climate change was published in 2013, the idea of 1.5C being the safe global limit for warming was barely considered.

A special report on 1.5C in 2018 showed the advantages of staying under the limit were massive compared to a 2C world. Getting there would require carbon emissions to be cut in half, essentially, by 2030 and net-zero emissions reached by 2050. Otherwise, the limit would be reached between 2030 and 2052.

This new report reaffirms this finding. Under all scenarios, the threshold is reached by 2040. If emissions aren’t reined.