The C-Tech hosted a ‘Meet the ConTech’ session at FutureBuild on 2nd March.  We brought five construction-tech entrepreneurs together to share their experience of what it is like to set up and run a start-up for the built environment.

Raphael Scheps, Co-founder at CEO of Converge talked about the confidence that comes from working with his Co-Founder, Gideon Farrell.  He and Gideon met on their second day of their physics course at Cambridge, and they they knew that they wanted to work together almost straight away.  Converge captures the physical reality of construction using embeddable sensors, and generates actionable insights using AI to make construction more efficient, safe, and sustainable.  “Start-ups are hard, so it is all about having a strong and complementary team”, said Raphael. “While Gideon focuses more on the technology and I on the commercial strategy, we fundamentally speak the same technical language and share the same exciting vision of the future.”

Altaf Ganihar, Founder of Snaptrude, focused on collaboration  Snaptrude is a visualisation environment for designers, especially architects.  It has been built collaboratively, by listening to and learning from the needs of users.  And, importantly, it allows users to collaborate – so that stakeholders, anywhere in the world, can quickly visualise and particiapte in design decisions.

Sarah Crawley, Co-Founder of SymTerra, said that communication was at the heart of SymTerra’s success.  It is an initutive tool that connects everyone to the project.  “We want SymTerra to be as easy to use as Tik-Tok and to be as structured as Slack”, she said.  “If our users aren’t using and loving the platform within a few minutes, then we’re not doing our job right.  And it is for everyone – from the foremen and trades on the ground as well as the project managers and central office teams – so we are really democratising the way teams interact.”

Hussain Hilli, Co-Founder of Skrap, highlighted the convenience that comes from the Skrap app, which allows users to hire skips for multiple sites and manage them through a single platform.  “We automate the construction hire process”, he says, “and it works because we make it so easy for contractors and suppliers to use.”  Skrap has been described as the Uber of skip hire and, interestingly, is bringing a digital solution to one of the least tech-enabled parts of construction.

George Smithies, Co-Founder of innDex, said that the company is thriving because it has great clients.  The company is growing rapidly, with more than 60 principal contractors, sub-contractors and consultants now using the platform.  “Essentially, we manage all aspects of getting people onto and being on site,” says George”, “including access control, inductions, time management, training and health and safety.  What has really helped is when clients are prepared to share their passion for our product with other potential clients.  There is nothing more powerful than clients acting as your busienss developers”.

All five entrepreneurs were able to share their lessons and experience with the FutureBuild audience, some of whom were considering their own ventures.  “Forget Fin-Tech”, added George, “construct-tech is the sector to be in now”.  And judging by the response, who can argue with that?!

The C-Tech Club is a networking group for founders and CEOs of construction-tech start-ups (see c-techclub.org). 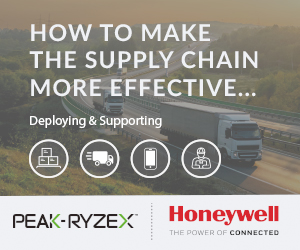 Project to design regeneratively to manage our material footprint

Opinion piece Sustainable construction is a degenerative design option An opinion piece by Chaline Church, Founding Partner, 540 WORLD Fortunately, much of what I intended